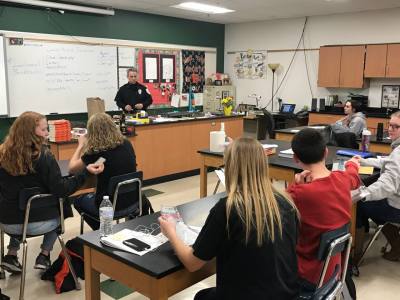 The lectures were given to two FLCC College level Biology classes and one Biology Extended 2 class saudemasculina.pt. The lectures are part of an effort to expose science students to the use of science and scientific principles as they apply to modern police work. 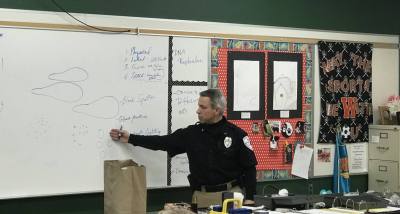 There were several topics covered such as Locards Theory of Transference as it relates to latent and patent prints and footwear impressions, trace evidence, DNA, blood spatter interpretation, processing of a crime scene and the Chain of Evidence in criminal prosecutions. Some hands on experiments were conducted. 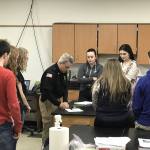 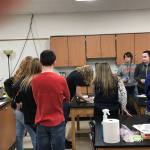 Officer Greg Bendzlowicz is a retired Detective Lieutenant from the City of Geneva Police Department with 26 years of full time law enforcement experience. He is a former evidence technician and for the last 3 ½ years he has worked part-time for the Village of Waterloo Police Department. His duties at the Village of Waterloo Police Dept. now include, uniformed patrol, evidence & property management, as well as firearms instruction.